A Digital to analog converter (DAC) is a device that converts a digital audio signal into an analog audio signal which can then be sent to a headphone amp.

Usually, it is often difficult to link a DAC with headphones. In such a situation, you need to find a way to connect the DAC to your device.

A headphone amp can serve as an intermediary between the headphone and DAC.

Another common form of DAC connection is through USB from a computer. Also, several digital feeds are available from different outputs, including coaxial and optical outputs, which can be seen on audio gadgets and connected to a DAC. Furthermore, sundry interconnect cables can be used to hook smartphones into outboard DACs.

With that in mind, this article provides a deep insight into DACs, what it does, and how DAC could improve the sound quality of your device. 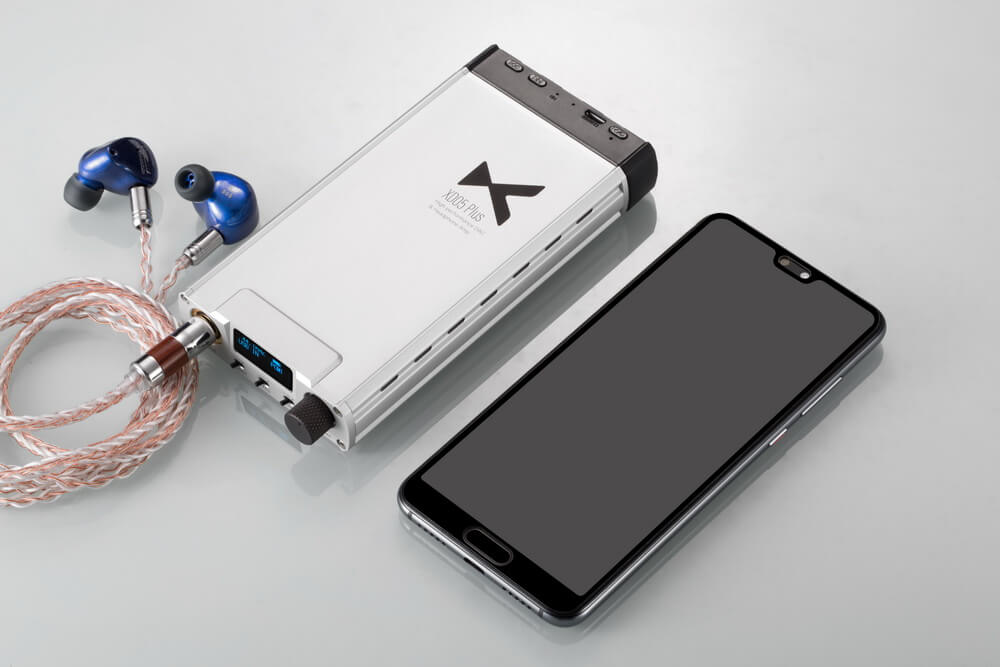 What are a DAC and Amp?

As already explained above, a Digital to analog converter (DAC) is an electronic device that receives a digital audio signal, usually a series of 0s and 1s. It converts it into an analog audio signal with often improved quality. It proceeds to send the audio signal through an amplifier to either headphones or speakers.

A DAC amp is not different from a DAC. A DAC amp is a digital to analog converter (DAC) that has an amplifier in it.

What is the purpose of a DAC?

For instance, when you turn a microphone on, the DAC turns any incoming sound into an analog electrical signal that represents the sounds. Also, the room speakers feature DACs that convert analog electrical signals back into the initial sound. Not just those two, but a plethora of other latest music devices adopt the use of a high-quality DAC.

A long time ago, the best devices that enabled you to listen to music were all analog. For instance, moving from tape to vinyl and then to the use of speakers. However, nowadays, CDs are used. Since then, there has been a need for Digital to Analog Converters (DAC) devices, which are required to work on digital information, convert it, and create analog audio signals.

Before now, you would also store an analog signal as a groove that moves the needle placed on it back and forth to generate an analog signal which depicts the stored sound. Then, as technology advances, CD players were not the only ones having a high-quality DAC, but also every platform that required digital data conversion into sound. This could include laptops, smartphones, smart TVs, and many more. They all require a DAC.

A CD can store samples as 16-bit binary words 44,100 times in just a second. That is what is known as 16-bit/44kHz files. However, digital audio data can be stored in a selection of word sizes, sample rates, and compression formats.

Often, the digital numbers are converted into analog signals that can be transferred to a headphone amp and then your headphones. The device that carries out this function is the DAC.

Standalone DACs that have been secluded from a source, when used for playback, can ensure a clean implementation of the chip carrying out the conversion, which can make a relevant impact on the general sound clarity. The extent of performance efficiency is a function of the quality of the DAC chip and how exemplary its implementation is with the required circuitry.

The consensus for a DAC requires that there will be much improved if you wish to move from using a built-in system to a standalone DAC or DAC-amp combination for most headphones. However, if there is already a standalone DAC, there won’t be much enhancement needed.

Often, it is wrong to estimate the quality of a DAC by merely assessing its specs. This is because DACs often give results of bit depth that only have an insignificant impact on the quality of sound. Yet, the components’ quality and DAC chip type make a significant difference.

How does a DAC work?

When played back, all audio creates a compression wave. Whenever a computer records an analog signal, it displays it as a waveform or a two-dimensional representation of the wave properties with time – whereby the Y-axis depicts the amplitude of the wave, and the X-axis represents time.

The wave has a crest and trough, which together form a wave cycle. The number of cycles the wave passes in a second is referred to as frequency. Please note that frequency corresponds to a note. The higher the frequency, the higher the note, and vice versa.

The function of the DAC is to turn a digital sample – which makes up a stored recording – into a continuous analog signal.

To achieve this, it must convert the data bits from these digital files into an analog signal at thousands of set times in a second. It then produces a wave that intersects all the points. However, there are specific problems associated with using a DAC. These include high-frequency mirroring, limited bitrate, and many more.

Before going DAC shopping, you must be acquainted with some terms like the bit depth, bitrate, and sample rate.

Aliasing: How does it relate to DAC?

Aliasing occurs when specific data points of a sample are misinterpreted due to multiple samples in a cycle. This phenomenon only occurs whenever there is either a Digital-to-analog conversion or digital downsampling.

Technically, aliasing describes an error in a signal spectrum when the sampling is below the Nyquist rate.

Fortunately, the aliasing does not exist at a DAC output. If, by chance, there is no proper lowpass reconstruction (or interpolation) filter at the DAC output, then images of the initial signal spectrum will appear, recurring at multiples of the frequency of the DAC output.

If not appropriately filtered, these image spectrums can cause intermodulation distortion in the audible signal.

Does a DAC improve sound quality?

A DAC does not have an effect on the sound from your speakers or headphones. Instead, it is a device that works on electric signals.

Any changes from the ideal signal that it brings out are subdued not only by the effect the amplifier has on it but also by the impacts of the speaker and the listening environment.

Furthermore, note that there are no apparent reasons why a DAC should be separate. Its contribution is insignificant, in as much as it performs better than the threshold for normal audibility.

To sum up, a flat frequency response, SINAD of 96, and standard output voltage will assure you total transparency. Moreover, you don’t need to spend much to attain this aim as technology keeps advancing.

What are bit depth and dynamic range?

Have you ever listened to an ancient MP3 file or bad MIDI music? You will most likely perceive that the volume does not vary much with any given soundtrack.

You could also perceive that it might be rather hard to separate the competition instruments when they are played at once. This is a result of a low dynamic range in a sound. Dynamic range is the difference between the available lowest and highest output sound levels.

The higher the bit depth, the greater the range of possible note volumes that are available.

It is worth pointing out that a low bit depth will produce a low dynamic range output. As a result, the sounds will be emphasized with low accuracy.

Now, you might be wondering what a good bitrate should be. This will be discussed next.

What is a good bitrate?

We have already discussed the importance of bit depth. However, what many people are acquainted with regarding poor-sounding audio is either aggressive audio data or limited bitrate.

Have you ever listened to songs on YouTube and noticed the stark contrast when you switched to a service that offers top-quality music streaming? Well, the quality of their data compression is responsible for differences in the audio quality.

We have already known that the better the bit depth is, the greater the amount of information the DAC has to translate and generate at once. This is the exact reason why bitrate, which refers to the speed at which your music data is decoded, is quite essential.

So, how much bitrate is suitable? For most applications, a 320kbps rate should be ideally okay. Most people cannot tell the difference. Many people even prefer FLAC files, which is okay for archival reasons, but mobile songs?

A 320kbps should be okay – or Opus file. It’s not a strange fact that audio compression has improved significantly over the past years, and there are modern compression standards that can do so much more with less than they used to. You shouldn’t just conclude that a low bitrate implies that the audio is terrible, even though it is not an encouraging sign.

If you have a lot of space, you probably should not care about the size of the file – whether it’s large or not.

However, not all smartphones come with the 128GB standard. If you can’t perceive any significant difference between a 320kbps MP3 and a 1400+ kbps FLAC, why should you fill 45MB of space when you can make do with 15MB?

Jitter is an issue that exists when the ‘clock’ that instructs the DAC when to convert every sample is not as accurate and functional as it should be.

Anytime this happens, and the sample points are not converted as they should, this can change pitch for quite a short period. As a result, the higher the pitch (or the note) produced, the more pronounced or significant the error.

Again, it must be stressed that this issue does not occur as frequently as before since the DAC units that are produced nowadays are more efficient and much improved.

Indeed, jitters often have an effect at ultra-high frequency since those notes have extremely short wavelengths. Yet, what ensures that high-frequency sounds are more liable to this issue also ensures that they are more unlikely to be heard.

Quite often, people above the age of 20 can’t perceive any sound affected by jitters.

Several DAC architectures exist, and the sustainability of a DAC for any specific application is determined by several factors, including maximum sampling frequency, resolution, and many more.

Digital-to-Analog conversion is capable of reducing the audio quality of a signal. As a result, DACs must be specified to encourage negligible errors when it comes to their application.

Already, many specialized DACs are implemented as Integrated Circuits, owing to their complexity. The DAC portrays how advanced the world is becoming, and its applications are so vast.

Almost every audio device makes use of DACs. Hence, it makes sense to know what they are how they work. We hope this article helps you achieve that.